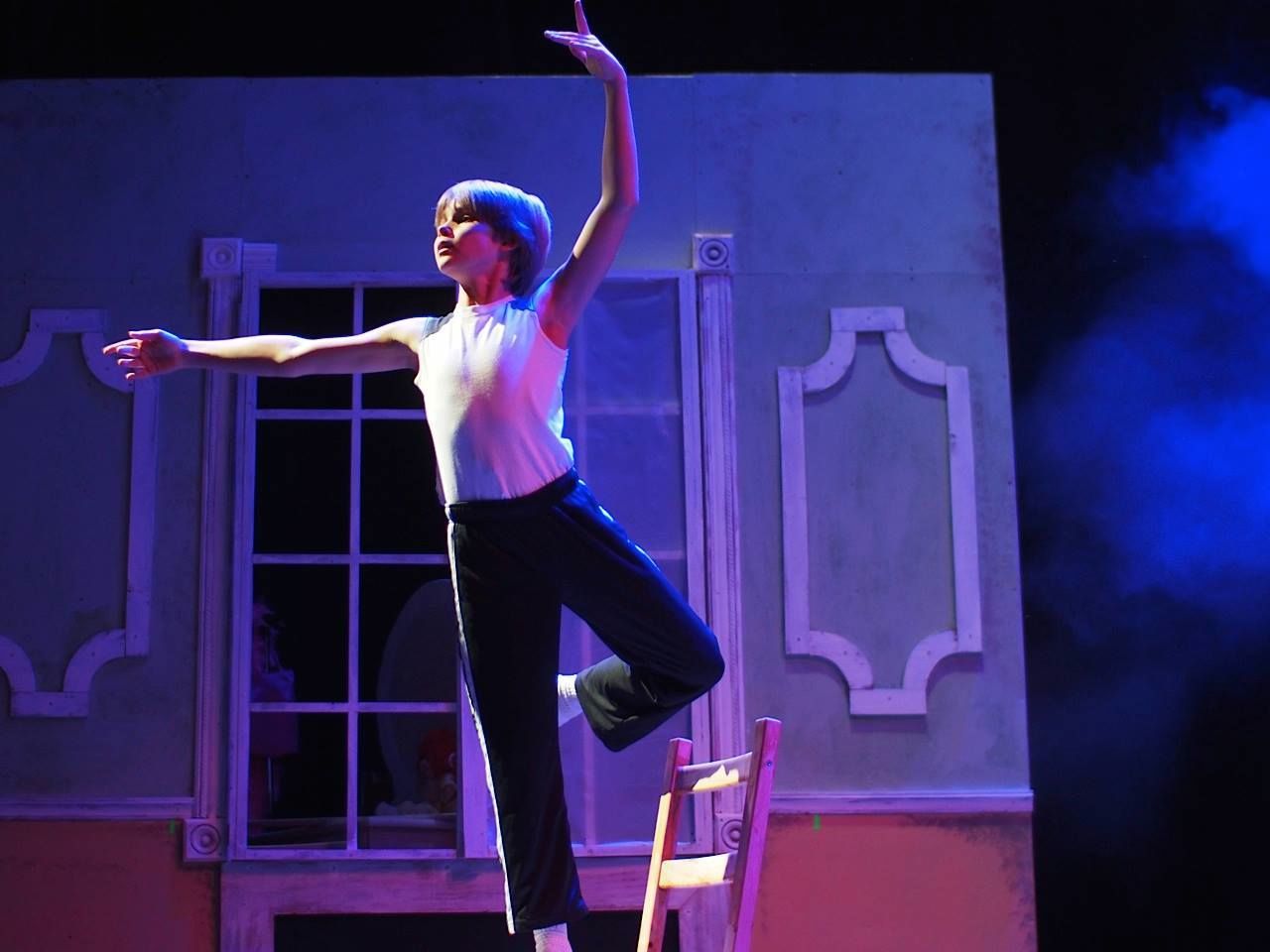 My 9-year-old son had just performed in The Nutcracker when I interviewed Lara Spencer in 2012 for Greenwich magazine. Those two events were unrelated until last Thursday, when the “Good Morning America” host inserted her foot into her smirking mouth by mocking young Prince George for attending ballet classes.

She reported that Prince William said his son “absolutely loved ballet,” to which Spencer retorted, “I have news for you Prince William: We’ll see how long that lasts!” As cringeworthy were her co-host’s cackles and the audience sniggering like a pack of schoolyard bullies. The Internet exploded with indignant counterattacks from dance greats (even Gene Kelly’s widow joined the fray) and moms of ballerinos — people who think that in 2019 a boy who dances is just a boy who dances, not someone who risks public ridicule for being a sissy. I mean c’mon, has Spencer not seen Sergei Polunin’s “Take Me to Church” video?

Lara Spencer and I were both born in the summer of ’69, when love and acceptance were big themes. Fifty years later there is still work to do, because several generations who grew up boxed in by a blue-for-boy and pink-for-girl mentality are still lurking on the planet. Many of them, like Lara, are compassionate human beings.

When I interviewed her, she cozied up on her couch with two dogs in her lap and chatted mom to mom about parenting. She talked about her parents’ constant support as she followed her dreams. When her children receive money as gifts, the rule is: spend a little, save a little, give a little. When I emailed her years later about a friend’s charity, she ran a story on GMA.
Lara is a good egg, but I guess she missed seeing “Billy Elliot.” If I had shared the story of my own boy dancer, I bet she would have listened with curiosity, not judgment. Perhaps the anecdote would have carved space in her early a.m. brain fog last week for clear thinking rather than a hurtful cheap laugh.

For the jocks who do not get it and the parents of boys who dream differently, I will share it now — in hopes that we can guide our children to a place of mutual respect and raise as many lords-a-leaping as there are lads yearning to jump like Mikhail Baryshnikov.

When our firstborn was 3, my husband and I took him to see “Swan Lake,” performed on a stage built over the lake in Retiro Park in Madrid. I turned to my hubby, a ball sports guy, to tell him it was the most breathtaking thing I had ever seen. He was dozing. I turned to my son, Jamie: He was entranced. His glee as he spun and pranced his way home was palpable. We had always had to stop wherever music played so our toddler could dance.

At 7, he and I saw “Billy Elliot the Musical” on Broadway, and it bore into our hearts as we watched its young star in awe. Billy’s dad’s disapproval over his son’s passion is Spencer’s times 10, but even he comes around in the end. My son took the leap and began taking ballet classes — with all girls, which is often the case in the suburbs. He was not fazed. He loved it.

At 8, he began supplementing his training with Saturdays in New York in Alvin Ailey’s Athletic Boys Dance Program. Commuting 90 minutes to class was worth it, so he could experience a studio filled with 25 boys who loved to dance as much as he did. The program is free — a common perk for young male dancers. Especially at ballet schools, the lure of free tuition compensates for the threat of teasing.

Yes, there was some teasing. At 9, Jamie came home from school distraught about a boy and two girls who were taunting him. (If you think your child would not tease: I knew their parents. They were all open-minded, cultured, good-hearted.) Soon he was begging to go to a private school, where tap shoes were part of the gym equipment. We almost moved him but a mom warned us the smaller student body there could be just as toxic.

Fifth grade turned out to be fine. Jamie was becoming a stronger dancer and fighting to have a strong viewpoint about what is okay for boys and girls to do. He began studying ballet with a tough Russian teacher who made the boorish kids at school seem like kittens.

With sixth grade came acceptance into the esteemed School of American Ballet (also free for young boys) and the honor of dancing with New York City Ballet. Jamie appeared in the Wall Street Journal’s video story on the boys of “The Nutcracker” and the fading stigma of boys in ballet. In it, he claimed his friends did not tease him: “I think it’s cool for them to play baseball. They think it’s cool for me to dance.”

That was not entirely the story of middle school that we heard at home, but Jamie persevered. He landed his dream role of Billy Elliot in four productions from Florida to New Hampshire. Watching him play that part, a physical and emotional feat unmatched by any other child role, was amazing for his parents — even for the one who grew up getting his kicks on ballfields.

Despite an Actors’ Equity card in his pocket, the biggest test for Jamie was daring to don ballet shoes and perform Billy’s “Electricity” in his middle school’s talent show. In 2016, even in artsy Westport, Conn., “dare” still felt like the accurate term. He got cold feet a few days before. My husband insisted he not do it. “You don’t know how boys are,” he told me. I countered, “He has to do it, for every boy who comes after him and wants to dance.”

I remember Jamie’s mop of golden hair and his white ballet shoes as the spotlight fell across him during his dramatic entrance. My husband and I braced ourselves for heckling, but instead the audience roared with encouragement. Classmates shouted Jamie’s name as though he were a star. He was, because he made it a little bit easier for kids like George.

A year later, Jamie hung out with the boy who teased him in grade school. “He’s such a nice kid,” Jamie told me after. Nice people say dumb things sometimes. Twenty years ago, no one would have called out Lara Spencer for her flub. Today, the whole world is watching, and they are not having it. On Monday, Spencer apologized on air, as a mob of male dancers conducted a ballet class outside the studio. Spencer showed clips of a group interview she orchestrated over the weekend with three top male dancers to discuss their journeys. “I have learned about the bravery it takes for a young boy to pursue a career in dance,” she said. That’s progress.

Jill Johnson Mann is a writer and mom of two boys and two girls — all of whom have taken dance classes. You can find out more about Jill and read her story on Lara Spencer at jilljohnsonmann.com

Jamie Mann is currently performing in a new musical based on the beloved children’s book Because of Winn Dixie — a story focused on kindness and acceptance — at Goodspeed Opera House in East Haddam, Conn.